Plaid Dress + A Tiger Head Plush Backpack - Yes, this is a thing!

Anyone here watch the news lately? Dear Lordy, I smell Third World War coming! And people laughed when I stacked up on survival kits and crossbows....who's laughing now huh!!! Huuuuuh!???? Anyone wanna trade canned food for a crossbow call me!!! Or never mind, I'll just gather some cockroaches form under the sofa, Bear Grylls says these things are high on protein. I bet if you deep fry them in butter it would be like eating chips which have the capacity to stay alive even if you hit them with your Political Science textbook. I've had cockroaches survive a Game of Thrones novel, they deserve some recognition for that! If only I didn't have a violent outburst of rage every time I saw a cockroach, I'd actually admire them and give them cute names like Marshmallow and Kowalski. 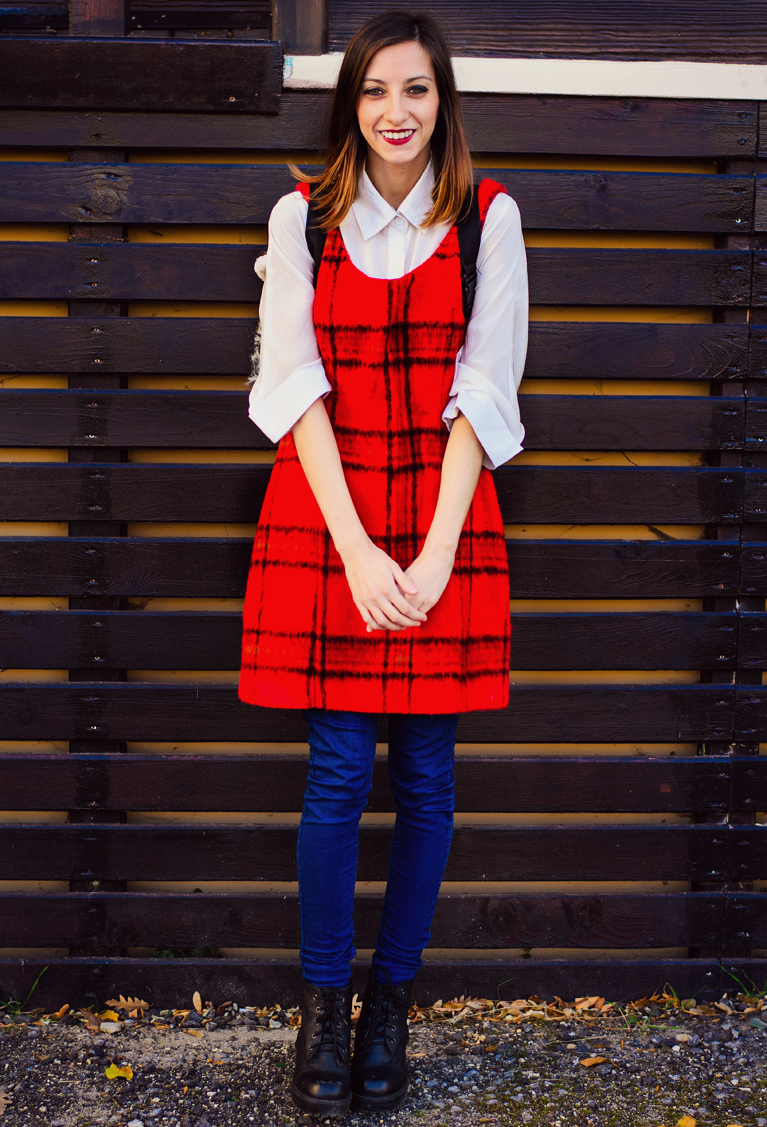 Aaanywho, since this is a somewhat fashion blog I will now mention a few words about the climate! The weather here has been so warm and awesome it makes me want to puke! There is no sight of winter and even worse, no hint of Christmas :( and I'm the most stereotypical blogger when it comes to Christmas! Everything too flashy and too much is my type of Holiday, food and clothing! Speaking of......I've got a rad new item to show you, one that changed my life, the way only a fictional gorgeous male character from a computer game can! Looking at you Geralt of Rivia!
I've teamed up with Banggood to bring you a backpack I've been dying to have, ever since I first saw it in a Japanese fashion magazine. Are you ready?????......Wait for it.... 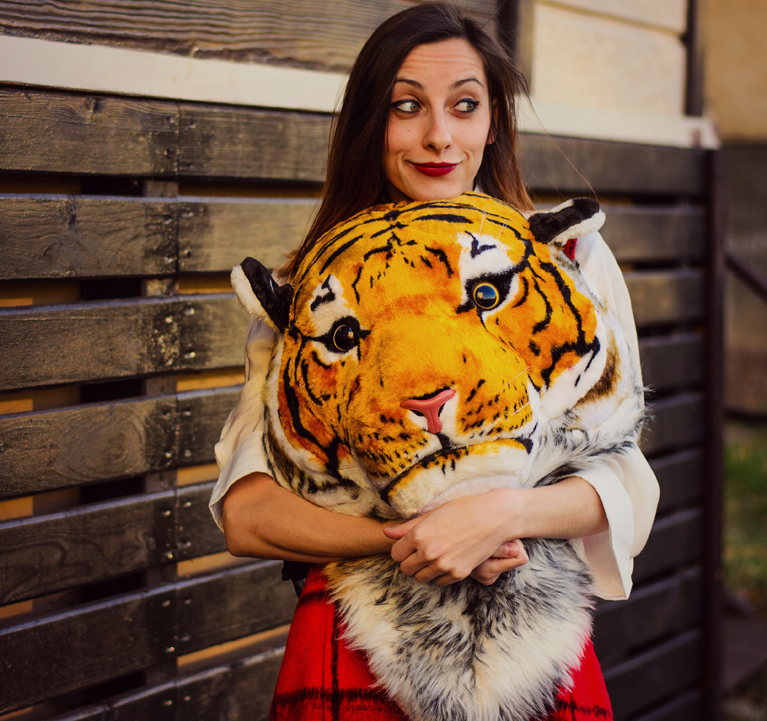 I've named him Macaron! I've never eaten macaroons, and I hope I'll never be eaten by a tiger, so this solid logic helped me land on this particular name. Btw, what's up with girls getting all wet about macaroons? Are they really that good? Someone send me a box, so I would give my pro opinion! 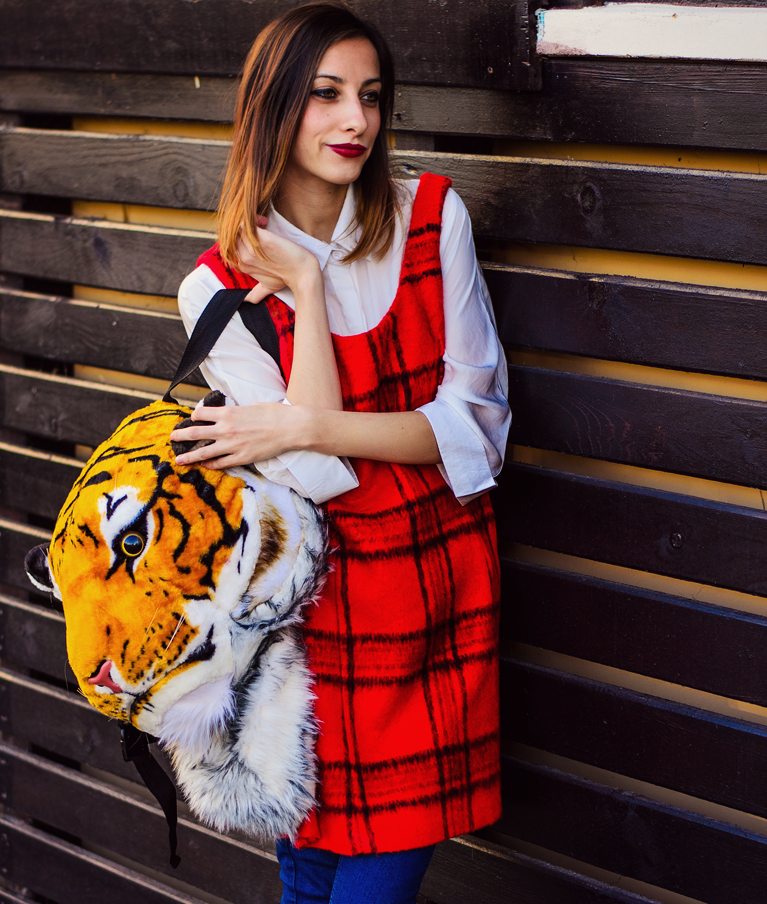 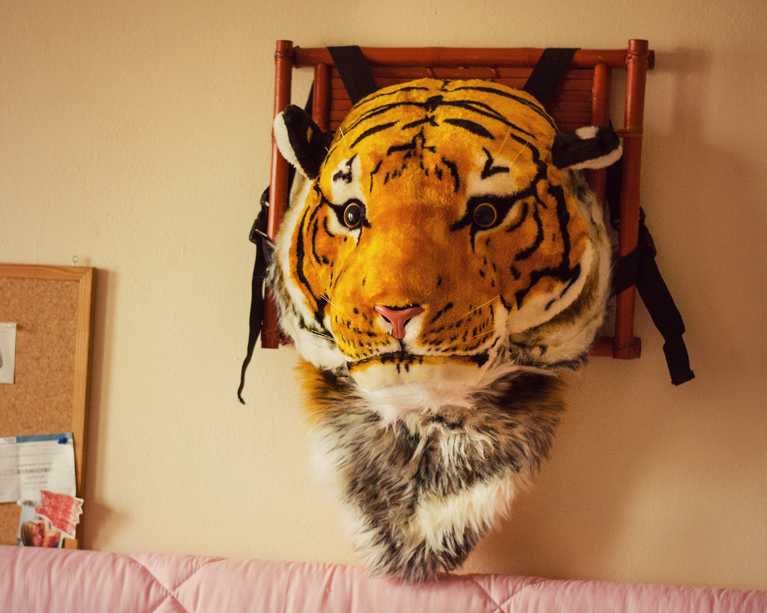 For anyone interested in Banggood, I first heard about them from a friend of mine (the one who says I dress ugly). He constantly orders nerd stuff from there and by nerd stuff I don't mean cute, dorky stuff like a Spider-Man mug, I mean the hardcore extreme nerd items like electronic components and the such, that would make any girl weak at the knees...............not! So, since he was extremely pleased by these guys, I thought I'd try them out too. 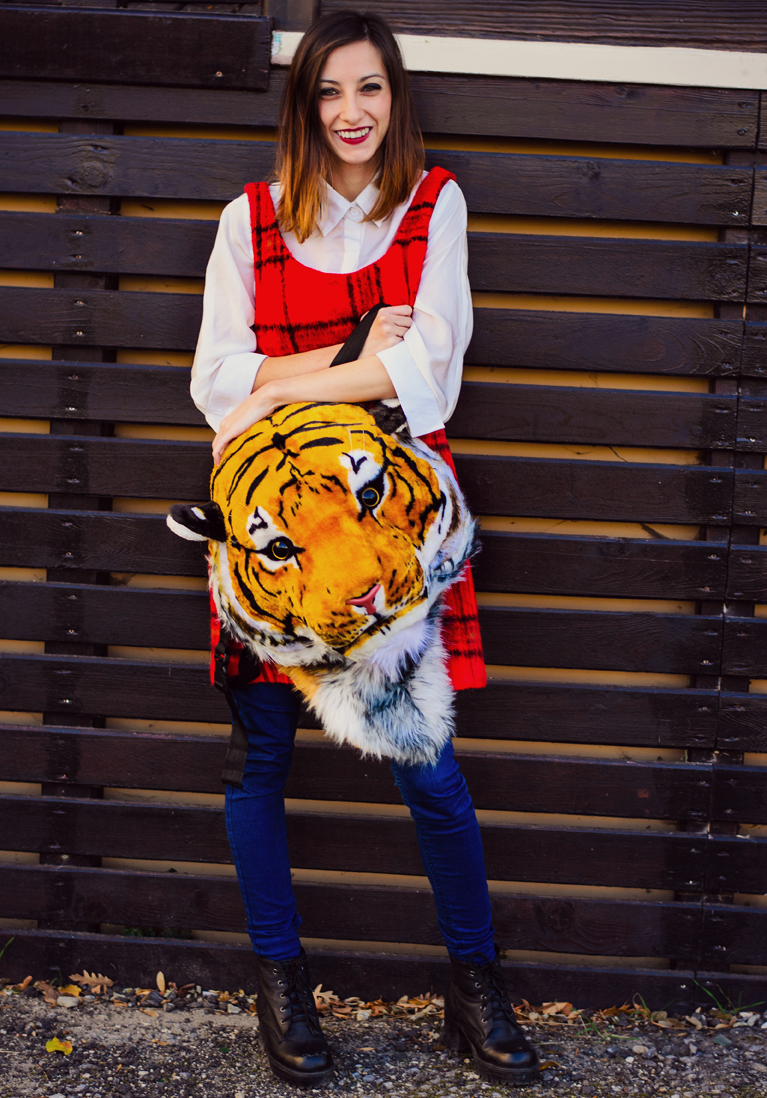 Banggood offer a crazy huge variety of items and at great prices too. Shipping took 14 days for Bulgaria which is quite standard and I love the quality of the backpack. I wasn't expecting the tiger's muzzle to be so detailed, cute and realistic. I was prepared for a messed up creepy face, like some sick laboratory experiment abomination. It's hard to make decent plush toys that look like real animals, I am yet to find The Penguins of Madagascar plushies which don't look like they were made from a guy who hates his job and is on LSD. 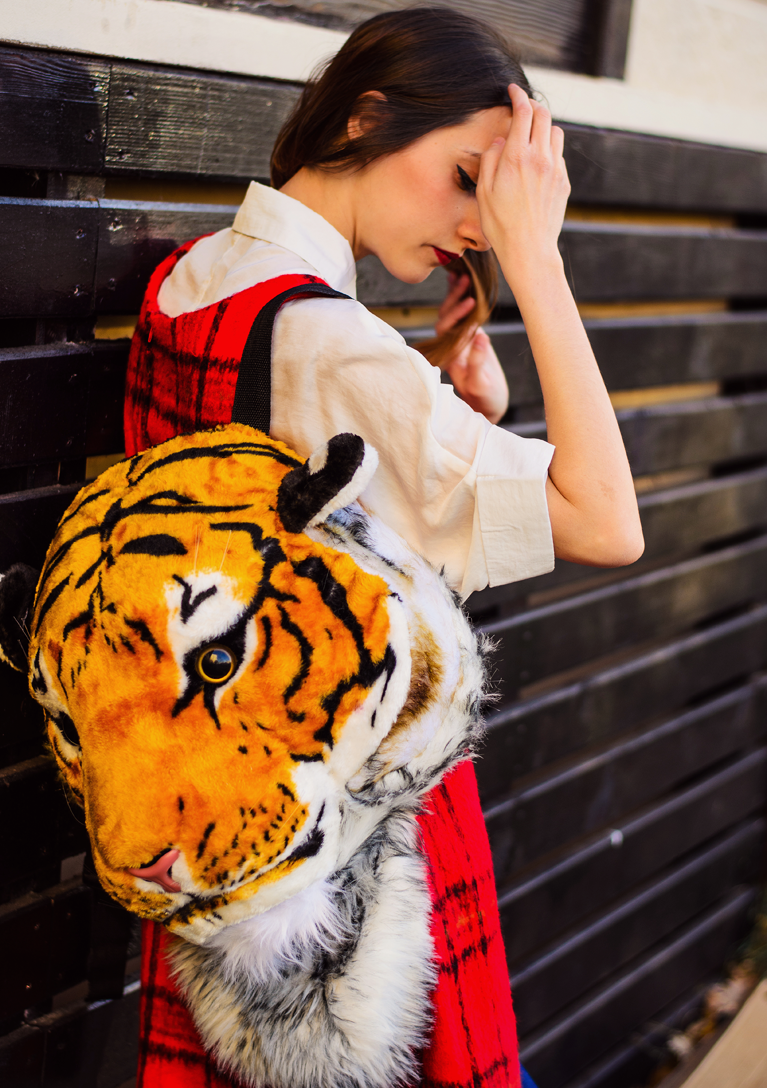 The pattern of the fur of the tiger, the eyes and the overall colors are just gorgeous. The only negative is that you can't carry a lot of crap in the backpack, although at first glance it looks like you can store a lot in it, it's a trap! The place to store your beef jerky and lipstick is limited and feels weird and uncomfortable when you stuff in a camera for example, but other than that this is the most perfect item I've ever laid my skinny fingers on! I am bursting at the seams with joy! 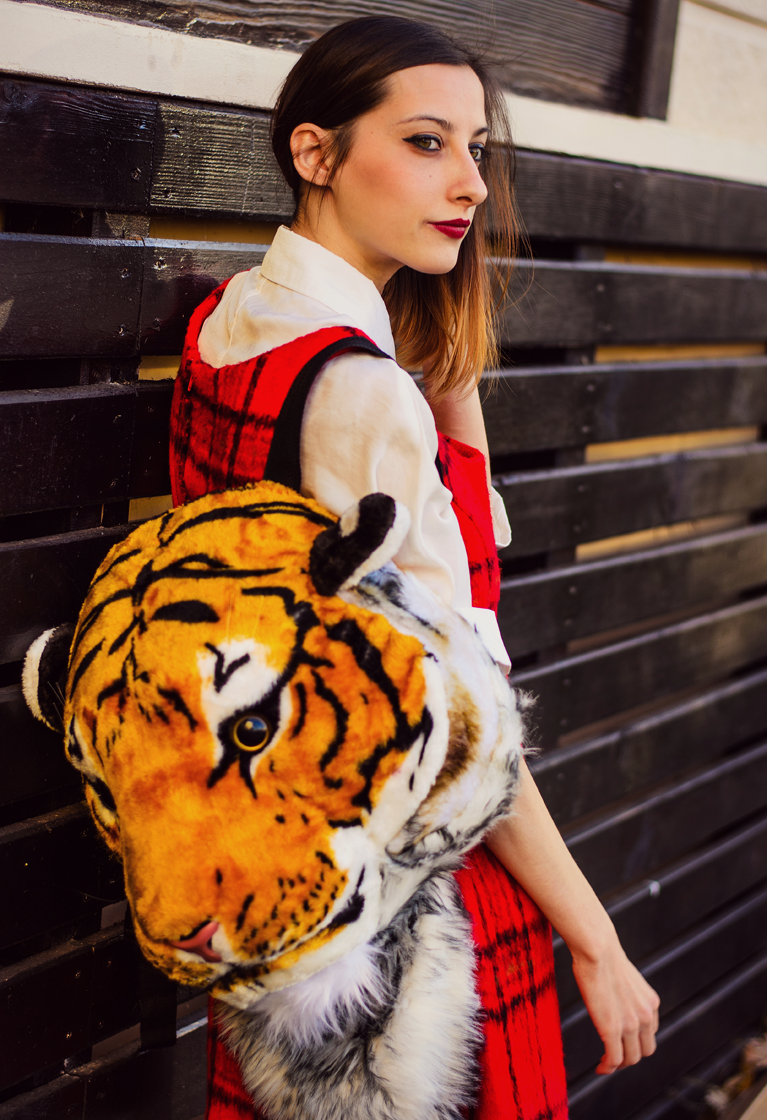 I thought I'd style the tiger head plush backpack with a slight hint of Japan and the school girl uniform, so I wore my newly thrifted plaid dress and a basic white button-down under it. The plaid dress is from a second hand store near our block, and it's of rare high quality. I smell moneyz every time I wear this dress, it just feels different and more luxurious than the other crap I own. I checked the tag and it says it's from Le Chateau which sounds as fancy as something a vegan would eat, and is actually a rather pricey brand. Yay for me! 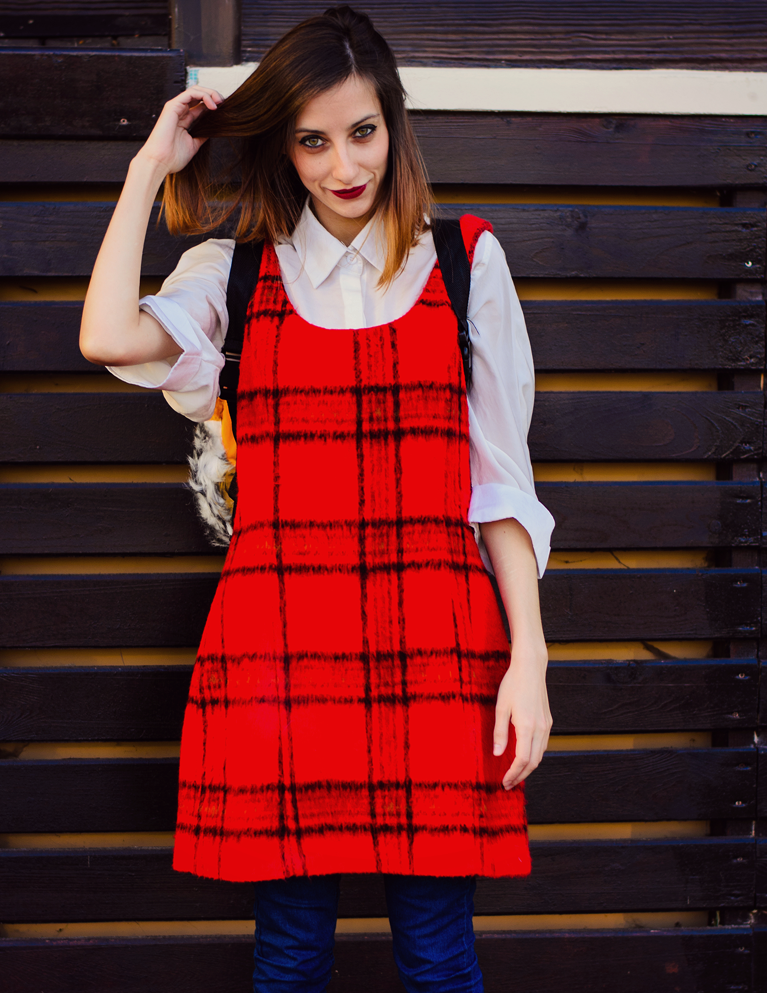 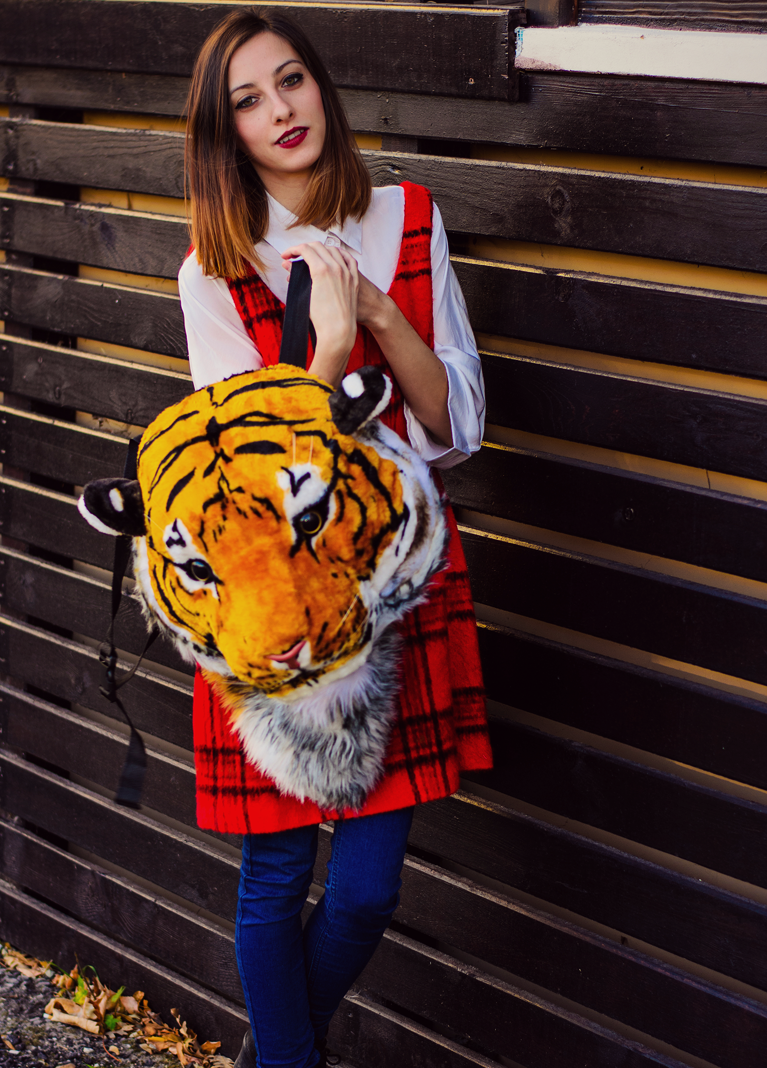 I think the size of the dress is L, or XL, so I am considering giving it to a grandpa I know who can alter it, but the boyfriend says it looks better the way it is. But I'm not convinced, what do you guys think? Huge or fitted would be better? 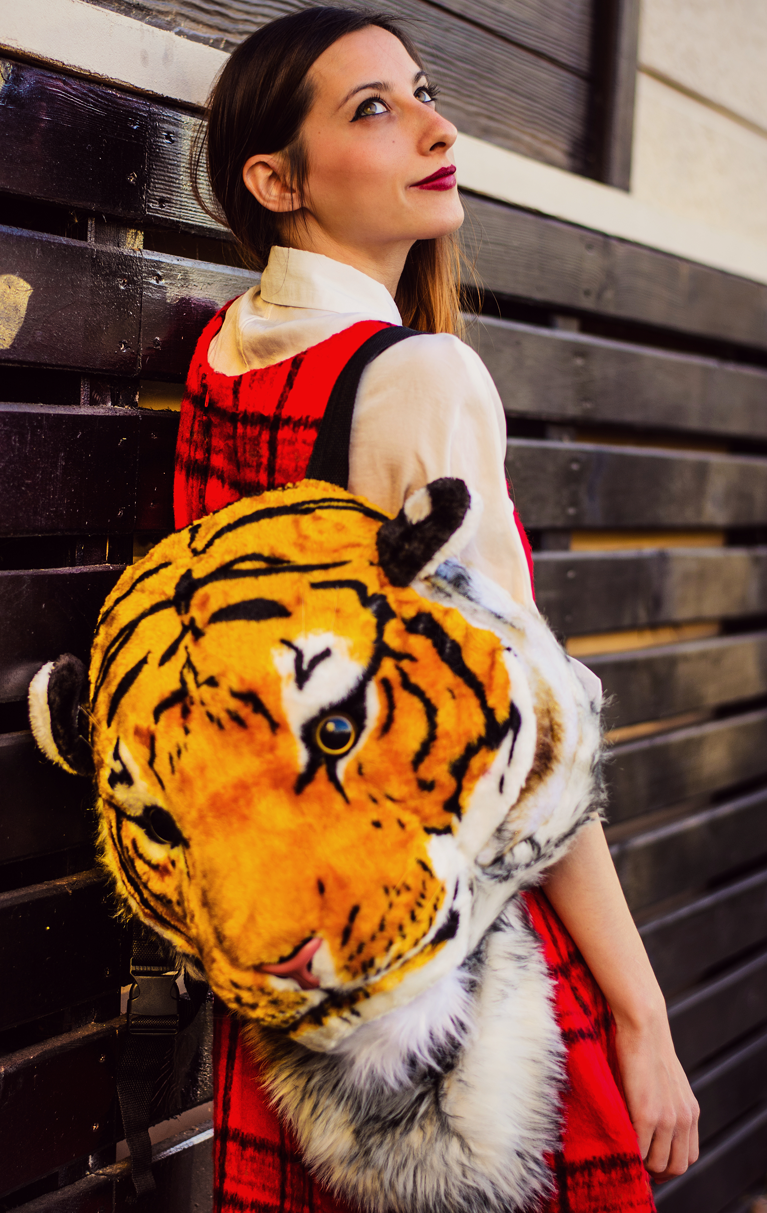 In other news I got my hair dyed and cut in a fancy salon, but you can't see the difference, because life....I paid 37$ for this, which is too much, toooooooo toooo much!!! And with this I leave you my lovely macarons! I have a lot of juicy posts coming up so see you soon and stay kewl, or at least pretend you're kewl like I do! I appreciate every comment on the bloggy! It makes me all warm and fuzzy inside! 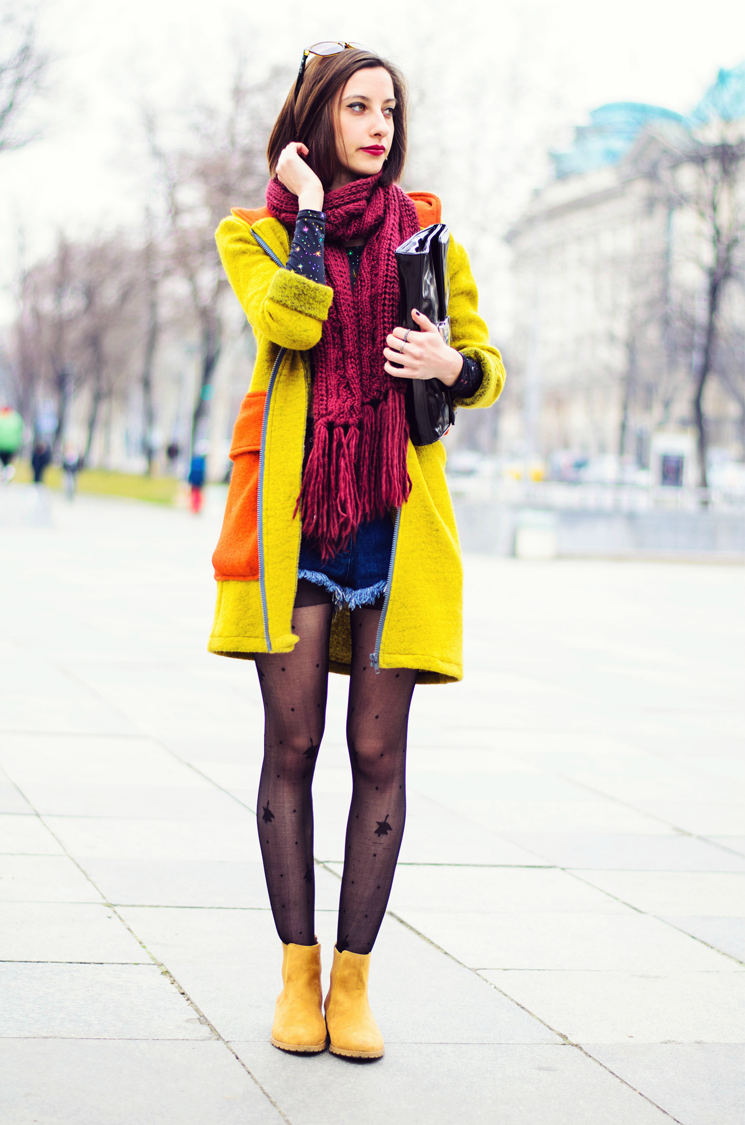 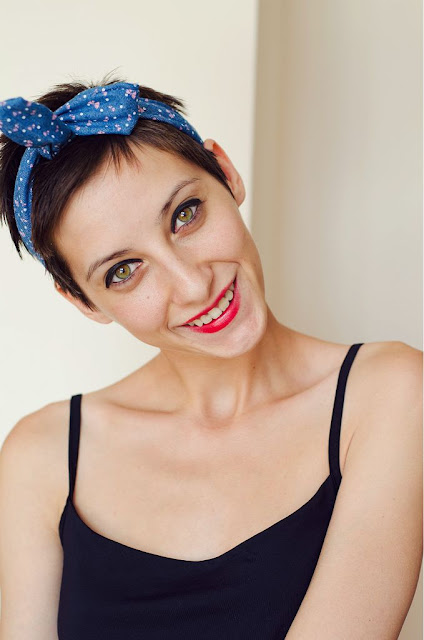 How to style the Pixie haircut